POWER OF ATTORNEY IN FLORIDA

What is a Power of Attorney?

What are some uses of a Power of Attorney?

Where may a person obtain a Power of Attorney?

A Power of Attorney is an important and powerful legal document, as it is authority for someone to act in someone else’s legal capacity. It should be drawn by a lawyer to meet the person’s specific circumstances. Pre-printed forms may fail to provide the protection desired.

Does a Power of Attorney need witnesses or a notary?

What is a “principal”?

The “agent” is the recipient of the Power of Attorney - the party who is given the power to act on behalf of the principal. The agent is sometimes referred to as an “attorney-in-fact.” The term “attorney-in-fact” does not mean the person is a lawyer.

What is a “third party”?

What is a “Limited Power of Attorney”?

What is a “General Power of Attorney”?

A “General Power of Attorney” typically gives the agent very broad powers to perform any legal act on behalf of the principal. A specific list of the types of activities the agent is authorized to perform must be included in the document.

What is a “Durable Power of Attorney”?

Must a person be competent to sign a Power of Attorney?

Who may serve as an agent?

Any competent person 18 years of age or older may serve as an agent. Agents should be chosen for reliability and trustworthiness. Certain financial institutions with trust powers may also serve as agents.

What happens if the Power of Attorney was created under the laws of another state?

POWERS AND DUTIES OF AGENT

What activities are permitted by an agent?

An agent may perform only those acts specified in the Power of Attorney and any acts reasonably necessary to give effect to the specified acts. If an agent is unsure whether he or she is authorized to do a particular act, the agent should consult the lawyer who prepared the document or other legal counsel.

May an agent sell the principal’s home?

Yes. If the Power of Attorney has been executed with the formalities of a deed and authorizes the sale of the principal’s homestead, the agent may sell it. If the principal is married, however, the agent must obtain the authorization of the spouse.

What may an agent not do on behalf of a principal?

What are the responsibilities of an agent?

Is there a certain code of conduct for agents?

Yes. Agents must meet certain standards of care when performing their duties. An agent is looked upon as a “fiduciary” under the law. A fiduciary relationship is one of trust. If the agent violates this trust, the law may punish the agent both civilly (by ordering the payment of restitution and punishment money) and criminally (probation or jail). The standards of care that apply to agents are discussed under Financial Management and the Liability of an Agent.

HEALTH CARE AND THE POWER OF ATTORNEY

What is the relationship between a Declaration of Living Will and Power of Attorney?

A Declaration of Living Will specifies a person’s wishes as to the provision or termination of medical procedures when the person is diagnosed with a terminal condition, has an end-stage condition, or is in a persistent vegetative state. A living will and a health care surrogate designation are termed “health care advance directives” because they are made in advance of incapacity and need. If a person is unable to understand or unable to communicate with a doctor, a living will is a legally enforceable method of making sure the person’s wishes are honored. Even if a person has a living will, a person’s agent may make health care decisions if the Durable Power of Attorney specifically gives this right.

What is a Health Care Surrogate Designation and how does it differ from a Power of Attorney?

““Ms. Lisa has helped me and my family in custody matters and divorce proceedings. We can’t say enough about Ms. Lisa and her staff. They are the best! They are very professional and will work on every detail of your case, giving you the best information and legal advice for you and your family.”

““Lisa is informed, confident, and prepared.”

““They get the job done and stay on top of everything. Great with explaining what's going on, what's next, and what to look forward to next. Will recommend them to anybody that needs help they are 1st I would call.”

““An awesome attorney. Very professional. She helped me through my divorce. Thanks for all you and team do.”

““Lisa York represented me in a criminal case. It was my first time being in trouble, so I really needed some help navigating the legal system and defending myself. Lisa was there for me every step of the way. She was really great about staying in touch with me to keep me updated on my case. I felt very comfortable about having her represent me because she knows many people in the local courts. Transparency in billing is another benefit.”

- Posted by anonymous on avvo.com

““I would just simply like to state, having never dealt with the legal system ... it was not simple ... Lisa was upfront, honest, kind and warm from the first meeting. I would highly recommend her to anyone that is in need of more than just an attorney.”

- Posted by Rhonda on avvo.com

““My lawyer Lisa York is the BEST in PENSACOLA, FL!! I loved meeting with Mrs. York because she cares and she made a big difference in my life. Mrs. York asked all the right questions and was straight forward with me. A lawyer that keeps you informed about your case and not blowing smoke (100 points)... Mrs. York is the lawyer you need to defend you. Thank you!”

- Posted by Melanise on avvo.com

““Lisa York is an inspiration to women of domestic violence. She is a blessing, full of compassion and kindness, all while being a great attorney.”

- Posted by anonymous on Square

““Lisa York is an amazing attorney!! I hired Lisa for a custody case and she went above and beyond for me and my family. I would recommend her to anyone that may be in the middle of a custody battle. Lisa York is, in my personal opinion, one of the best. She will forever have a place in my heart for all her hard work.”

- Posted by Jennifer on avvo.com

““Very appreciative of Lisa efforts because she researched whether or not she could help me before charging me a consult fee. This is a very unique thing in the legal world since most lawyers want money up front before talking with you. As it turns out, my issue was outside of her lane and she was able to point me in the right direction. Thank you.”

- Posted by Dave on avvo.com

““Lisa was a great attorney! Very knowledgable, professional and extremely helpful. I would definitely hire her again.”

““Lisa went above and beyond to help me with my family's probate and legal documents. She was very accessible and communicated clearly with each step in the process. Her professionalism, combined with genuine concern and kindness toward my family, was very much appreciated. I recommend her highly.”

““Lisa is awesome. I recommend her highly.” 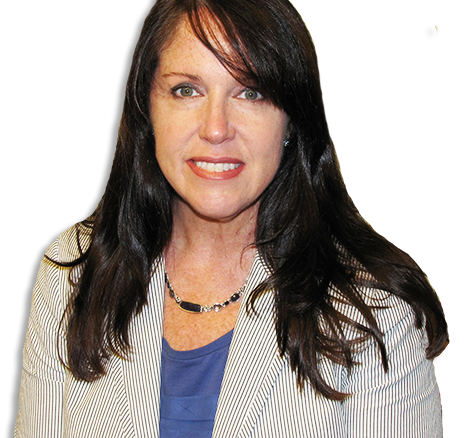 LISA YORK IS HERE TO HELP!

“I want my firm to be a place where clients feel that their needs are met, their voices are heard, their questions answered, and their problems dealt with. We’ll take it from here. We want to be the bridge between our client’s problems and a solution.“